Singapore HSFO Contaminant Was Seen in Fujairah in 2004: Verifuel 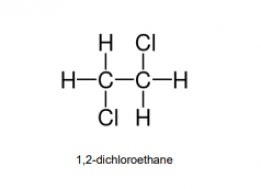 The contaminant is being found in concentrations as high as 5,000 ppm. Image Credit: Verifuel

The recent contamination of Singapore HSFO samples, which has now affected close to 30 ship operators, was seen before in a similar case in Fujairah almost twenty years ago, according to testing firm Verifuel.

Several testing companies have reported finding chlorinated hydrocarbons in Singapore HSFO sample in recent weeks. The problem has now affected close to 30 operators, some with multiple vessels, and stems from two suppliers and multiple barges, Verifuel said in a report on its website this week.

The chemical component apparently causing the problems is 1,2-dichloroethane, being found in concentrations as high as 5,000 ppm, the company said.

"In the worst cases, the ships lost power and had to replace fuel pumps at sea."

The firm said the problem bore similarity with similar circumstances in the Middle East in 2004.

"Back in 2004 in Fujairah, about 20 ships experienced damage to fuel valves as well as sticking of the engine fuel pumps, plunger and barrels followed by rapid failure of the fuel pump units," the company said.

"The main components identified at that time were 1,2-dichloroethane and 1,1,2-trichloroethane.

"Despite the presence of these components, some ships managed to consume the fuel at the time without any operational issues."

By submitting proposal to International Maritime Organisation 'as soon as possible'.

But ships warned to be cautious if navigating the area.