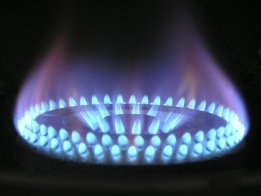 The ship has been operating on natural gas since 2017. Image Credit: File Image / Pixabay

The container feeder vessel MV Wes Amelie saved its operators an average of €2,750/day ($3,059/day) by burning liquefied natural gas (LNG) rather than marine gasoil (MGO) in 2019, according to its owner.

"Competitive prices, that is one of two important elements that the ongoing spread of LNG as marine fuel needs," the company said on its website.

"And the price for LNG definitely is competitive to conventional fuels, even against heavy fuel oil.

"And the other element, which is the LNG bunker infrastructure, is developing quite dynamically with a number of orders placed."

The €2,750/day saving is before reduced port fees for LNG-fuelled vessels are considered, the company said.

Anticipation is also keen about OPEC extending its cuts.

Ecomar Energy Solutions has started operations at its 15,000 b/d refinery in Fujairah.