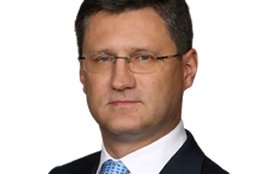 Russia is look to delay full implementation of the IMO2020 rule until 2024, the country's Energy Minister Alexander Novak has said.

In an emailed response to an enquiry by Bloomberg, Novak said it was looking to delay enforcement of the new sulfur rules for vessels operating within its domestic waters "to prevent a higher financial pressure on the nation's shipowners."

Any delay would also apply to the other four countries with the Eurasian Economic Union - Kazakhstan, Kyrgyzstan, Belarus and Armenia - although only Russia is a signatory of MARPOL Annex VI and therefore expected to enforce the new regulation.

Russian flagged vessels plying international waters would be expected to comply with IM02020 from January 1, 2020 regardless, Novak added, which is when the sulfur cap for marine fuel lowers to 0.50% globally.

Russia is a major producer of fuel oil bunkers and despite IMO2020 grade fuel having already being made available within the nation, the local bunker industry has expressed concern over its ability to adapt to the new rules.

The Russian Association of Marine and River Bunker Suppliers was reported to have told the Energy Ministry this month that Russia's refinery industry "currently does not have the technical expertise and capacities to produce the necessary volumes of low-sulfur fuel oil.

"As of now, the oil companies practically don't produce low-sulfur shipping fuel fully-compliant with the new regulations, especially when it comes to viscosity," it added.

India and Indonesia this year have also suggested they would delay implementing IMO2020 domestically, but both have since appeared to back track on the plans.

As previously discussed on Ship & Bunker, all MARPOL Annex VI signatories are expected to comply and enforce the new cap, but the way the rules are structured means there are multiple scenarios where the new rules could come into effect in principal, but not in practice.

Despite IMO repeatedly stressing there will be no delay to the start of IMO2020, the results of a survey released earlier this month by Palau International Ship Registry [PISR] revealed almost half of respondents believed the January 1, 2020 start date for IMO2020 could change.