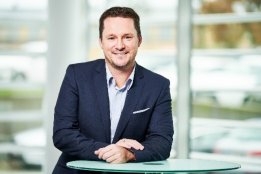 "After almost 25 years with Bunker Holding Group, it is time to say goodbye," Goldenbeck said in a LinkedIn post on Monday.

"I have decided to step down and take a break."

Goldenbeck plans to take six months off work to spend time with family.

Last month Dan-Bunkering said it was planning a 'commercial merger' of its three European units in Monaco, Copenhagen and Middelfart.

As part of that process, the firm intends to appoint a managing director and commercial director to run the newly-unified Dan-Bunkering Europe.

The firm will seek to 'establish one unit and team across the three locations', it said.

Goldenbeck moved to the firm's Middelfart office in February 2020, having previously been managing director of KPI Bridge Oil from July 2015 to that month before the brokerage's acquisition of OceanConnect Marine. Earlier in his career he had been Dan-Bunkering's managing director in Singapore.

The firm has worked with Research Institutes of Sweden for the past five years on projects seeking to improve the use of Sekotape.

The energy firm completed a ship-to-ship bunkering of a 23,000 TEU container ship owned by CMA CGM on Tuesday.