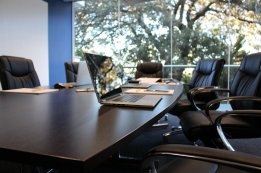 Dan-Bunkering's changes in European management is the latest in a series of structural changes at Bunker Holding. File Image / Pixabay

Further management changes are under way at Bunker Holding, with subsidiary Dan-Bunkering planning a change in its structure in Europe.

The company is planning a 'commercial merger' of its three European units in Monaco, Copenhagen and Middelfart, it said in a job advertisement this week. As part of that process, the firm will be appointing a managing director and commercial director to run the newly-unified Dan-Bunkering Europe.

The firm will seek to 'establish one unit and team across the three locations', it said in the advertisement.

It ... makes our organization more robust and agile, and we can thereby cater even better to the needs of our clients.

"This new structure in our European organization enables us to address the market in Europe from a more holistic angle," Troen said.

"We will be able to share our expert resources for instance within green fuels and risk management more easily between colleagues and offices.

"In this way we can ensure the best possible service to our clients, regardless of our clients point of contact with us.

"It also makes our organization more robust and agile, and we can thereby cater even better to the needs of our clients."

Changing of the Guard

The move follows changes in management at other key Bunker Holding units in recent weeks.

Bunker One Global Accounts continues to be led by former IBIA Chairman Henrik Zederkof, who now reports to Grønborg as part of the KPI OceanConnect staff.

Further up the management chain at Bunker Holding's parent company, USTC, founder Torben Østergaard-Nielsen passed down the role of CEO to his daughter, Nina Østergaard Borris, in May, moving to become chairman of the company's board.

His other daughter, Mia Østergaard Rechnitzer, stepped into the firm's executive management as chief governance officer.

The previous board chairman, Klaus Nyborg, was moved to vice chairman of USTC, as well as taking over from Østergaard-Nielsen as chairman of Bunker Holding.

The company's CORE software will take data from more than 100 vessels in the fleets of Norway's Solstad Offshore and Siem Offshore to track and predict their emissions.

Near elimination of CO2 emissions a big plus but waste disposal a minus.