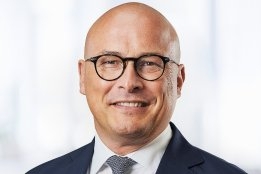 The combined entity will continue to operate under the KPI OceanConnect name.

At the same time, Anders Grønborg replaces Søren Høll as CEO of KPI OceanConnect, who will move to a position as Head of Global Operations in Bunker Holding.

Grønborg joined BH in 2020 with a remit to "optimize Bunker Holding's market leader position by supporting the Group's continued efforts to consolidate the international bunker industry."

There were signs last month that a change for BOGA might be coming after Michael Furze, understood to have been responsible for creating as well as leading the key account management system at Bunker Holding, told Ship & Bunker he had stepped down from his role at the unit.

Today, BH said the organisational changes were made as a direct result of Bunker Holding’s new five-year strategy launched in the spring of 2022.

BOGA was created in 2017 to focus on the long-term management of BH's major customers, and look to win new business from 'top tier' global customers.

“With Anders Grønborg onboard, and with Global Accounts joining forces with the brand, KPI OceanConnect is exceptionally well positioned for future growth and success as an innovator and expert in the premium large client segment,” said Christoffer Berg Lassen, CCO for Bunker Holding

Meanwhile, Bloom warns of a coming spike in energy prices.

The firm has signed a memorandum of understanding with technology company PANASIA to carry out a feasibility study, economic analysis and a risk assessment of onboard carbon capture systems.