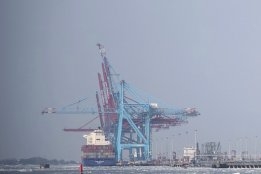 Delivery in the Skaw - Gothenburg range is via barge.

The product will be offered alongside its existing range of MGO, 0.10%S ULSFO, and 3.5%S IFO380 bunkers.

The supplier says it will also continue to offer its 3.5%S after the global 0.50% cap comes into force

The supplier says it will also continue to offer its 3.5%S after the global 0.50% cap comes into force to cater to scrubber equipped tonnage.

As part of its wider IMO2020 supply plans, Stena Oil says it is also adding adding 25,000 cbm of storage in the Port of Gothenburg to support distribution of the new IMO2020 grade product.

In March 2020 the supplier is also slated to take delivery of a 5,600 DWT newbuild tanker.

Finally, in Q4 2020 Stena Oil will complete its new storage terminal in Frederikshavn. The 75,000 cbm facility is set to be Scandinavia's largest for marine fuel products.

"We look forward to a growing bunker market in our region and these projects will further support our growth," the supplier said.