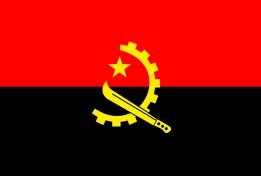 Monjasa opened an office in the Angolan capital, Luanda, in 2019. File Image / Pixabay

Angola's potential as a regional bunkering hub within West Africa is held back by local production constraints, according to global marine fuel supplier Monjasa.

Anders Østergaard, CEO of Monjasa, made the point in an interview with The Energy Year published this week.

"One of the most important elements in advancing Angola's opportunity to become a regional bunkering hub is supply availability.

"The current local production levels and import restrictions on oil products are not favouring the overall development of the bunkering sector in Angola.

"Supply and demand define the attractiveness of the single bunkering markets and we see overall product availability as the main challenge for competing with neighbouring West Africa markets."

Monjasa is a leading bunker supplier in West Africa, selling 1.05 million mt in the region last year. The company opened an office in the Angolan capital, Luanda, in 2019, and deployed its tanker the Monjasa Chaser in Angolan waters.

But the situation is improving, with demand for low-sulfur fuels since the IMO 2020 transition helping to stimulate a supply increase, Østergaard said.

"We believe that this uptick in demand from oil and shipping companies will contribute to optimising industry production and refineries over time," he said.

"Already, we can see that the Angolan sourcing opportunities are increasing and for Monjasa this is something that fits well with our preference for sourcing locally refined oil products no matter where in the world we service our customers."

Japanese Hybrid Vessel Concept to be Emissions-free at Harbour