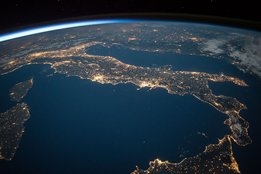 A new marine fuel sulfur cap could cover all or only parts of the Mediterranean Sea. File Image / Pixabay

The International Maritime Organization (IMO) today says it will conduct a technical and feasibility study with a view to introducing a Mediterranean Emissions Control Area (ECA).

The sulfur limit for marine fuel burned in such a zone, which could cover all or only parts of the Mediterranean Sea, would match existing ECAs and be capped at 0.10%.

"A new study to assess the benefits, costs and feasibility of implementing an emission control area (ECA) to limit sulphur oxides (SOx) from ships in the Mediterranean Sea will consider, among other things, the potential health benefits for people living around the Mediterranean as well as cost implications for ship owners," says IMO.

"An international consortium led by Energy & Environmental Research Associates (EERA) signed (in June) the contract with REMPEC to carry out the study, to be finalized by spring 2019."

There are currently two ECAs in Europe, covering the Baltic Sea and North Sea areas, while two ECA zones in North America effectively cover 200 nautical miles off the coasts of USA and Canada, along with the Caribbean Sea area around Puerto Rico and the United States Virgin Islands.

But the idea of introducing such a zone covering the Mediterranean has long been debated, with notable recent calls coming from France in 2017, and Italian academic Dr Carla Ancona in May 2018.

Despite vessels having to burn more expensive low sulfur fuel within ECAs, a study in 2016 concluded that ports in the Mediterranean were not getting a competitive advantage from being outside the zone.

The group expects to publish an "independently conducted report" on the subject sometime in the first quarter of this year.