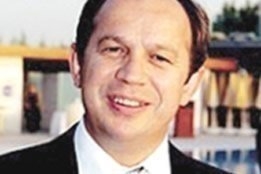 "Thanks to the state of art Altıntel terminal at GEBZE where we have 17 tanks, we have converted four tanks for 0.5% sulfur fuel. We have also already cleaned two of our 10 bunker barges for 0.50% sulfur bunkers so we are ready by all means,” said Muhtaroglu.

"As we have enough tanks, we are also able to supply HSFO in 2020 for contracted customers.”

Energy Petrol is understood to be the first supplier to offer VLSFO in the Turkish market, with Muhtaroglu saying they had brought forward their IMO2020 supply plans as traditional HSFO is disappearing from the market earlier than expected.

Energy Petrol is the latest in a growing number of players announcing plans to offer 0.50% sulfur bunkers, with reports indicating shipowners are also bringing forward plans to switch to the new IMO2020 grade fuel.

Established in 1997, the supplier's sales volumes make up around 14% of the Turkish market.

The company completed 13 scrubber installations in the first quarter, and has 16 scheduled for the second quarter, seven for the third and none in the fourth quarter.