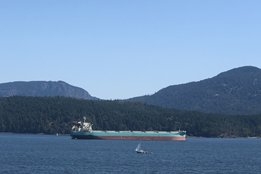 More bunker suppliers have announced they are ready to offer 0.50% sulfur bunkers amid signs that shipowners are looking to bring forward their plans to switch to IMO2020 grade fuel.

Among the latest supplier activity, GP Global Wednesday said it had delivered its first IMO2020 grade bunkers in Fujairah.

A 6,000 tonne bunker barge arrived at the key bunkering port Wednesday, according to a report by Reuters.

Elsewhere, Chimbusco Pan Nation has told Platts it will being forward its VLSFO supply plans, and the Hong Kong-based supplier says it will make its first deliveries of the 0.50%S fuel by the end of the month.

Rosneft has also commenced the supply of IMO2020 grade 0.50% sulfur bunkers in the Russia Far East.

The increase in supply comes alongside the extremely volatile HSFO pricing witnessed in recent weeks, prompting shipowners to rethink plans to maximize bunker savings by making a "just in time" switch away from HSFO ahead of the January 1, 2020 start date of the new rules.

Ship & Bunker reported Monday that there is already evidence to suggest tight HSFO supply has caused some vessels to make the switch early.

Adding to that, a report from Argus today indicated a number of Japanese shipowners this month have started to lift VLSFO.