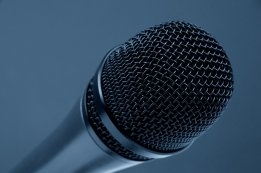 Low-sulphur fuel availability, compatibility and safety are valid concerns and reason enough to delay the implementation of the 0.5% global sulfur cap on bunker fuel which comes into force in under two months' time.

The late intervention into the IMO2020 debate was made by Greece's shipping minister to the International Maritime Organistion in London this week.

Ioannis Plakiotakis told the IMO assembly that more time was needed for a thorough assessment of the safety implications that the new regulations would create for vessels and crews, according to maritime news provider Lloyd's List.

An IMO spokesperson told the news provider that any postponement or delay to the January 1 implementation of the new limit was not feasible procedurally or legally.

While there is little prospect of a delay taking place, the IMO is encouraging industry players to continue to prepare for the change to the bunker fuel specification.

Folowing a recent roundtable of shipping industry bodies at the IMO, there was agrement at the meeting "on the need to continue to raise awareness about the sulphur 2020 limit and the need for further preparation by all stakeholders, including the IMO Secretariat, PSC regimes, Member States,  shipowners/operators, charterers, fuel suppliers and others, in order to ensure consistent implementation of the sulphur 2020 limit by 1 January 2020", according to a report from the IMO.

To this effect, a range of training and awareness resources are available through the IMO's website.

NORbunker was founded in 2016 and focuses on the Northern European market.

Singapore's VLSFO premium over Rotterdam dropped to a six-week low on Friday.