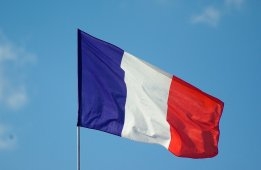 France's next aircraft carrier will use nuclear power rather than conventional propulsion, the country's president has said.

President Macron made the announcement during a visit to a nuclear sector components maker on Tuesday, according to news agency Reuters. Nuclear propulsion was chose despite its higher construction costs for technical and strategic reasons.

The ship will take over as the French Navy's flagship in 2038, Reuters cited French officials as saying.

Nuclear power remains a widespread choice for military vessels, where the sharply reduced need for refuelling provides strategic advantages, but at present is almost universally dismissed as an option for commercial shipping, despite its potential to decarbonise the industry.

The shipments are scheduled to begin in 2023, with one ship departing per month.

The port's board of commissioners has approved plans for a property purchase that could lead to a $1.5 billion investment in a multimodal container terminal.