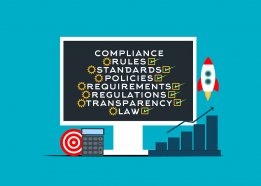 By invading Ukraine, Russia has become the world's most sanctioned states.

The number and range of sanctions that have followed in the wake of the invasion has linked finance and economics to political goals in turn presenting industry with a major headache.

For shipping, along with other sectors, understanding compliance has become essential. But as Lloyd's List's editor, Richard Meade, has written recently in his publication, compliance and shipping is an under-invested area.

"Compliance chiefs may exist within energy majors, but in most shipping companies, compliance/risk management has fallen to general counsel, where they exist — or, more often, the overstretched chief financial officer," Meade wrote.

The nub of the problem for shipping is not so much the sanctions themselves but that they have brought together "a much broader coalition of legislatures than ever before" thereby increasing complexity.

"The ability to track Russian oil shipments, ship-to-ship transfers and unpick the opaque matrix of Russian beneficial ownership and control in international commodity shipments has now become the number one priority of compliance departments globally," according to Meade.

In the run up to the current situation, shipping companies have responded to evolving sanctions regimes by using AI and machine learning tools to track vessels. But as "Russian sanctions have effectively weaponised financial services and trade like never before" the industry has effectively entered new territory.

"Regardless of whether the shipping industry is ready," Meade warned, "enforcement is about to come knocking."

The firm will use sensors capable of detecting methane and carbon dioxide emissions, attached to drones, in a worldwide campaign detecting and quantifying methane emissions across its operations.