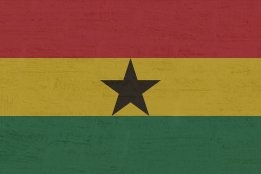 A barge operated by marine fuels supplier Bunker One was detained in Ghana last week before being released.

The Thornton, operated by Bunker One and owned by Union Maritime, was held by the maritime authorities in Ghana early last week. It is unclear why the vessel was detained.

"The matter last week was quickly resolved, and the vessel was able to continue its duties," a spokesman for parent company Bunker Holding told Ship & Bunker, without commenting further.

A spokesman for the Ghana Maritime Authority was not available for comment.

Ship tracking data provided by VesselsValue shows the Thornton stationary at the port of Takoradi from 12-14 May, before leaving for Lome.

Earlier this month Bunker One announced it would be expanding its physical supply operation in West Africa with the addition of a third barge, less than three months after the operation started.

The company is primarily supplying in Lome, but also serves ports across the region from Ivory Coast to Gabon.