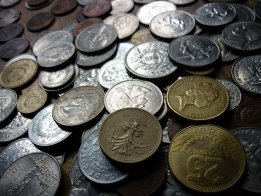 Crude futures have been climbing since the start of the month on signs of global economic activity slowly starting to pick up again after the COVID-19 shock, with several countries now easing off on lockdown measures that have stymied demand.

While bunker prices are starting to recover, they remain far below the level seen for high sulfur fuel oil at the same time last year. Monday's Rotterdam VLSFO price of $255/mt compares with an HSFO price at the same port of $392.50/mt a year earlier.