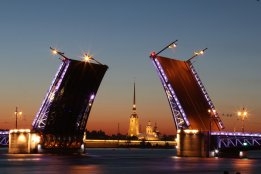 The barges have been deployed in the area around St Petersburg. Image Credit: File Image / Pixabay

Russian marine fuel supplier Lukoil Marine Bunker has expanded its operations at St Petersburg with the addition of two barges, according to Russian news agency Portnews.

The company has acquired the ice-class vessels G.Puccini and G.Rossini, Portnews reported Tuesday, with 12 tanks and a cargo capacity of about 3,160 cubic metres per vessel.

Lukoil reported in October that it had commenced supply of very low sulfur fuel oil at its Volgograd refinery, with planned production volumes from there of about 1 million mt/year.

The company also plans to produce about 1 million mt/year of ultra low sulfur fuel oil, it said in October.

The ships are due to be ready to enter into service between March 2022 and March 2023.

The new hire will work on developing Sing Fuels's presence in the West.