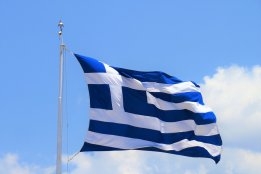 The firm's latest trader is based in Greece. File Image / Pixabay

Georgia Chorozidou has joined the company as a bunker trader in Greece as of this month, she said in an update to her LinkedIn profile on Friday.

Chorozidou was previously a bunker trader for BMS United from January 2020 to September of this year.

Earlier this year Rakesh Sharma, head of business at Oilmar, told Ship & Bunker he expected Oilmar's trader headcount to increase from 14 to 18 employees by the end of 2022.

He said the firm is targeting revenue of $500 million next year, assuming crude prices hold above $85/bl.

The firm has signed a deal with wind propulsion firm Bound4blue to install four suction sails on its bulker the Crimson Kingdom.

For bunker operation in port of Los Angeles.