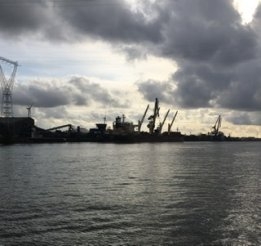 The German port of Kiel is to install shore power in what is said to be the largest port project of its kind in the country.

Shore power cuts emissions from ships by allowing vessels to plug into electrical power at the quayside.

The Kiel project will be delivered by engineering firm Siemens and be able to supply two ships simultaneously at a capacity of 16 megavolt amperes.

This system will to into test mode this year in time for the cruise ships season, according to shipping news provider Shipinsight.

"The shore connection system lets us draw electricity from renewable energy sources, both for cruise ships docked at the Ostseekai and for the ferry at the Schwedenkai," the port's managing director Dirk Claus was quoted as saying.

"In the future, 60% of the energy demand required by the ships entering Kiel will be covered by climate-friendly, shore power as diesel generators will be shut down while they are berthed," he said.

Shore power, which is also known as cold ironing, has been taken up by a number of ports as a way of addressing emissions from ship calls including the German port of Hamburg.

MSC Joanna is one of the many vessels that have had EGCS installation dates pushed back.

A lack of FONARs being filed does not necessarily mean that VLSFO supply has been sufficient in every port.