HSFO Discount to Crude Narrows to Lowest Level of 2020 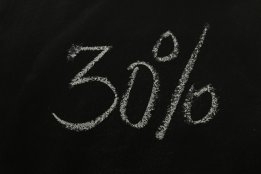 Strength in high sulfur fuel oil (HSFO) prices has led to their discount to crude to narrow to the lowest level of 2020 this month, according to price reporting agency S&P Global Platts.

The Rotterdam HSFO barge discount to Brent crude prices has narrowed to an average of $6.17/bl in June, Platts reported Monday, the least on a monthly average basis this year.

The move has eliminated the drop in HSFO value versus crude oil that was expected to come with IMO 2020 as the shipping industry switched to lower-sulfur fuels. June's average discount of $6.17/bl compares with a level of $6.44/bl in the same month of 2019, Platts said.

The change in prices is more evidence of how the profitability of scrubbers has declined this year. The spread between HSFO and very low sulfur fuel oil -- a key measure of how much shipowners can save by using the emissions-cleaning systems -- was at just $39.50/mt at Rotterdam on Monday, according to Ship & Bunker pricing, down from $298/mt at the start of the year.

Restructuring adviser may recommend a deal as early as thing month.

Robert Courts is taking over the role from Kelly Tolhurst.

The system will be installed at a shipyard in China at the same time as the vessel undergoes class renewal and has a scrubber fitted.