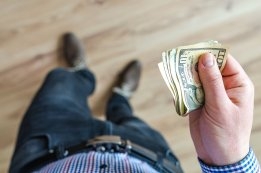 Marine fuel buyers seeking high-sulfur fuel oil (HSFO) in Europe may want to consider alternatives to the Amsterdam-Rotterdam-Antwerp (ARA) hub after prices there have risen relative to other ports in the region, according to bunker trader Integr8 Fuels.

Crude oil production cuts by the OPEC+ coalition have led to prices for Urals crude -- which has a high yield of HSFO -- rising relative to other blends, prompting refiners in northwest Europe to take on light crude from the US and West Africa and strengthening prices for HSFO, Integr8 said in a research note emailed Tuesday.

The firm highlighted narrowing HSFO discounts in ARA versus Gibraltar and Las Palmas in particular over the past two months.

Rotterdam HSFO was at an average discount of $20.67/mt discount to Gibraltar's levels in June, according to Ship & Bunker pricing, down from a $40.38/mt discount in May. The Rotterdam-Las Palmas discount narrowed to $15.94/mt from $41.88/mt over the same period.