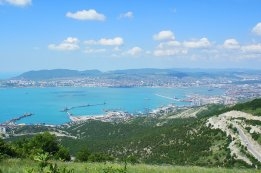 The company made its first sale of the Syzran product at the Black Sea port of Novorossiysk. File Image / Pixabay

Russian energy company Rosneft has completed its first bunkering of very low sulfur fuel oil (VLSFO) produced at the Syzran refinery in the south-west of the country, the company said this week.

The company bunkered a ship at Novorossiysk with about 700 mt of the new blend, it said in a statement on its website.

The company started production of the fuel in early 2020, it said last month.

Rosneft can now offer VLSFO at ports in the Russian Far East, the Arctic, the Black Sea and the Baltic.

Russian bunker sales have traditionally been supported by the ample output of high sulfur fuel oil from its refineries. Its ports may struggle to retain their share of the global marine fuels market in the era of lower-sulfur fuels.