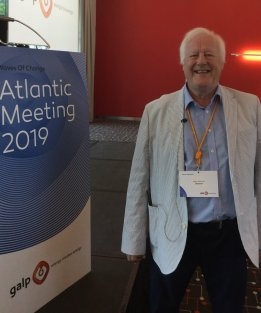 Marine fuels specialist Nigel Draffin is confident there will be sufficient International Maritime Organisation (IMO) 2020-compliant available for those who want it.

Draffin told Portuguese oil refiner Galp's annual industry event that since most ports import bunker fuel, they would continue to do so once the IMO sulfur rule comes into force from the start of next year.

But as there will be a range of marine fuel grades on the market, the specialist added a caveat.

"There will be enough compliant fuel but you may not be able to get every grade in every port."

However, Draffin suggested that the market would re-adjust going forward

"It will move fuel to where it is needed," he said.

On the issue of the blending material to produce the new compliant fuels, Draffin said that although blending is a common enough practice in the industry, "the balance [of the blending] will be different".

Changes in the variability of the parameters [of marine fuel] will be is the most significant [factor that will change], Draffin told the meeting.

Compared to the 3.5% sulfur heavy fuel oil market, in the coming 0.5% sulfur bunker fuel market "you will lose consistency", he said.

Draffin is a marine engineer and author on bunker fuels.

The Galp Atlantic Meeting took place in Lisbon on June 6 and 7.

From June the company can now deliver VLSFO by truck from 15 Spanish ports.