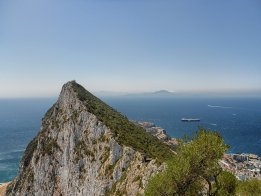 Fears that heavy weather in the Gibraltar Strait over the weekend might disturb the OS 35 wreck have proved to be unfounded.

A collision between the dry bulker and another vessel in the Mediterranean bunkering port lead to some fuel oil leakage from the approximate 430 metric tonnes of bunker fuel in the ship's fuel tanks last month.

The protective boom around the ship was removed ahead of the adverse weather. This has now been put back, according to local news provider the Gibraltar Chronicle.

Some light sheening was reported but the stricken ship remains stable, a governmental official was reported as saying.

The incident caused a temporary cessation of bunkering services.

The firm is looking for candidates with excellent written and spoken Greek and English and preferably at least three years of relevant experience.