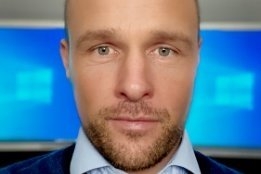 Marine fuel trading company Orim Energy has hired Maurice Elfrink as its head of bunkering as the company seeks to expand in Northwest Europe and the Mediterranean.

In his new role he "will be responsible for driving growth and extending Orim Energy's bunkering activities in the ARA region and Malta," the company said in an emailed statement Tuesday.

Orim set up its operation in Malta in October 2019.

"With the highly experienced and well-connected oil trader on board, Orim Energy is well positioned to deliver its growth ambitions and to realize its true potential in the highly competitive bunkering market."

Elrink had been working for Trefoil since 2011.