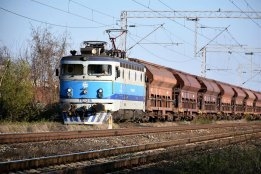 Some 18,000 metric tonnes of Ukrainian corn were loaded on to a ship at the Polish port Swinoujscie nine days ago bound for Spain.

The bulk carrier Alppila was reported to have made the trip, according to maritime news provider Tradewinds.

"Most likely the cargo was delivered to Swinoujscie by train or truck," a local bunker source told Ship & Bunker.

From Poland the ship transited the Kiel Canal and onward to Corona, vessel data showed.

Ukrainian grain exports have stalled since the outbreak the Russia Ukraine conflict in February raising the prospect of higher prices on global markets. The Russian naval presence in the Black Sea inhibits merchant shipping traffic while the existence of sea mines acts as a further deterence.

The European Parliament has voted against a package of measures including extending the ETS to shipping.