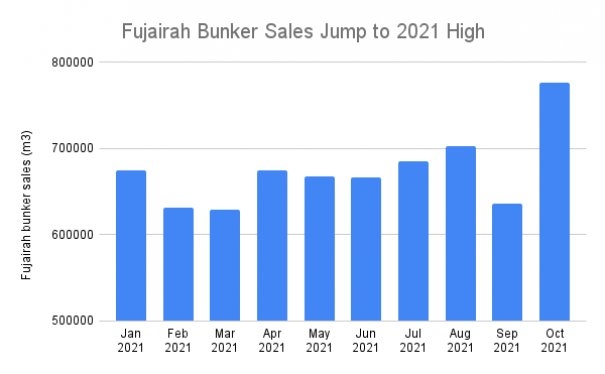 Bunker sales at the Middle Eastern hub of Fujairah surged by 22% from the previous month in October, reaching the highest level seen this year.

Marine fuel sales around the world have seen a strong rally in October with signs of higher buying activity emerging after a slowdown over the summer. Bunker sales in Singapore in October gained 8.1% from September's levels, while Panama saw a 6.8% month-on-month rise.

You can find a history of bunker sales volumes in Singapore, Panama, Fujairah and other major ports here: shipandbunker.com/bi/bunker-volumes