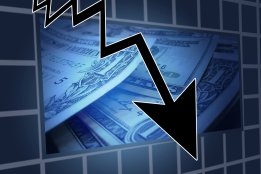 IMO2020: Russia tipped to be among the biggest losers financially. File Image / Pixabay

The switch by shipping to low sulfur fuel oil in just over a year's time could see Russian refineries losing out from as they are underprepared for the fuel specification change.

Unless provisions have been made, Russian players could lose out on billions of export income as the oversupply of high sulfur material will see the grade heavily discounted.

"Russia's oil segment appears to end up among the biggest losers financially," IHS Markit's senior research analyst Alexander Scherbakov was quoted as saying by business news provider Bloomberg. There's "no chance for them to be 100 percent prepared" when the new rules kick in, the analyst added.

At the end of September, Russia wasn't producing any IMO 2020-compliant fuel oil, according to energy ministry data. More than two thirds of its output had a sulfur content of 2.5% or more.

At Rotterdam, contracts for supplying fuel oil in December 2019 [the month for the new rule on sulfur in bunker fuel comes into force] sell for $19.60 a barrel less than Brent crude, which is more than three times the discount for November 2018, the report said.

As crew changes may not be possible along nominated route.

Bunker fuel should be viewed holistically when considering its carbon footprint.