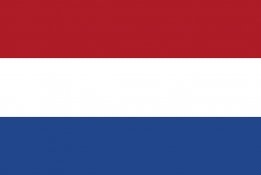 Gulf Bunkering previously specialised in the northern ports of the Netherlands, but will now cover the entirety of the Dutch coastline. File Image / Pixabay

The acquisition adds four barges totalling 650 m3 in capacity to Gulf Bunkering's supply footprint, the company said in a statement on its website this week.

Gulf Bunkering previously specialised in the northern ports of the Netherlands, but will now cover the entirety of the Dutch coastline.

"By adding Zeeland Bunkering to its business activities, our organization has almost nationwide coverage, which is an advantage for many customers," Jeroen van Essen, general manager of Gulf Bunkering, said in the statement.

"Add to that the possibilities in the field of sustainability and we have a nice total package of products for the entire coastline in the Netherlands."

Georgia Kounalakis, managing director of Bunker One USA, mentioned the rising costs in a panel session at the IBIA Annual Convention 2022 in Houston last week.