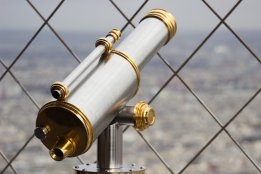 The UK maritime authority will not be checking ships for compliance with IMO2020 sulfur cap, the Maritime and Coastguard Agency (MCA) has said.

The move is part of a raft of measures to keep ships moving during the Covid-19 pandemic, according to Reuters.

"In terms of enforcing IMO 2020 and ultimately MARPOL Annex VI requirements, as we have suspended port state control inspections, this also means that the checking of compliant fuel has been suspended," an MCA spokeswoman was quoted as saying.

Other measures temporarily shelved include ship survey and inspection actiivty and the relaxation of rules on the extension of ship certificates which are needed to enter ports.

The IMO2020 0.5% sulfur cap came into force at the start of this year.  All ships must comply with the cap unless they have the relevant equipment installed allowing them to continue to use 3.5% sulfur fuel oil.

Making sure ships comply with the new rules is down to port and flag state administrations.

The City of Yokohama signed a memorandum of understanding with Ecobunker Shipping, NYK Line and NYK cruises to develop the supply facilities, with a particular focus on cruise ships.