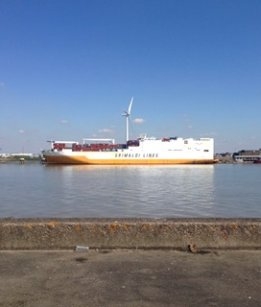 With shipping feeling the demand side impact from the coronavirus pandemic, the bunker companies supplying fuel to the ships are also feeling the heat.

Although box lines are reported to be managing the drop capacity demand, contract bunker demand generally falls outside spot demand. Indeed, the picture from trading desks after the Easter break is much the same as before, if not worse

Speaking to bunker traders in Europe Monday morning, Ship & Bunker heard a range of responses from it being a quiet start to the week to a significant drop in volumes.

One northern European trader had witinessed a 30% drop in volumes since the start of the month.

"And my impression is that it is going to get worse," the trader said.

A Med-based trader was more circumspect.  The market was quiet, the source said, adding that often shipowners cover themselves for the start of the week making Monday not the best day to take a punt of the rest of the week's market direction.

However, with the spot price of the key low sulfur grade of fuel oil in Rotterdam having dropped by two-thirds since the start of the year, buyers may well be hanging back in the hope of better deals.

Indeed, the prospect of cancelled deals in the wake of Singapore's Hin Leong collapse, could free up some clients to take advantage of the falling market.

Meanwhile, the Dow shoots up over promising coronavirus treatment news.