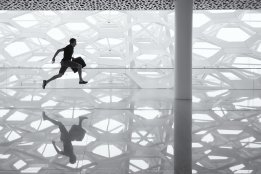 While the average number of bunker operations in the ARA market has been relatively stable since April, data from new marine technology company BunkerMetric has thrown up variations among the major players.

If the weekly number of bunkerings remains more or less the same, but a particular player's own number of bunkering operations is down, it would suggest that other companies are taking up the slack thereby giving some insight into market dynamics, he added.

BunkerMetric can show with a degree of accuracy how many bunker operations are taking place although it can only estimate the volume of bunkers moving between barge and ship.

We can track the duration of each bunkering event

"We can track the duration of each bunkering event, where a barge is alongside a receiving vessel," Plum explained.

"Combining information such as barge pumping speed, vessel receiving speed and other data, we can guestimate the transferred quantity."

Although it is difficult to be exact when looking at an individual event, "when looking at aggregate numbers, the statistics allow for more accurate information to emerge, for example, on the total volume delivered by a specific player's barges during any one month."

The Aleutian Isle, which sank off San Juan Island on August 13 with as much as 2,600 gallons of bunker fuel on board, has been placed onto a salvage barge this week.