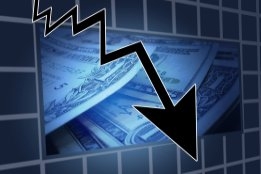 There's still almost a year to go before the new IMO 2020 rule comes into force, but one firm has already managed to rack up a $12 million loss betting on the price of compliant low-sulfur bunker fuel.

Norway's Vistin Pharma, who only diversified its business into energy trading in March of last year, placed bets on the widening spread between low and high sulfur bunker fuel.

As at the end of 2018, Vistin has also deposited a margin call related to the contracts of NOK 163.5 million ($19 million), a little over half of its consolidated cash and cash equivalents of NOK 320.6 million ($37 million) including the margin call.

The contracts expire at the end of 2020 but Vistin says it can terminate them at any time.

"There's a board meeting next week. For the time being we're still holding the contracts and have not yet decided what we will do with them," Chief Executive Gunnar Manum told Reuters.

The resignation of Vistin's head of energy trading, Torbjoern Kjus, was announced yesterday without mention of today's revelations.

What the price of complaint fuel will be in 2020 is one of the big unknowns of the new global 0.50% sulfur cap on marine fuel that comes into force on January 1, 2020.

While we know demand for the new fuels will be there, the market outlook is clouded by uncertainty over several factors such as the logistics costs, compatability, and the regional availability of both low and high sulfur products, leading to predictions of premiums over HSFO anywhere up to $400/mt for IMO 2020 compliant fuels.

Bellina at ceremony in the southeast Asian city state.