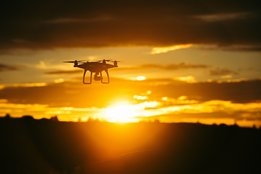 The Dutch authorities are trialling a "super drone" as part of their compliance programme for the coming 0.5% sulfur cap on bunker fuel.

While drone technology to monitor ships' emission is in use in Denmark and being trialled in Hong Kong, the use of a super drone is new development.

The larger drone, which is similar to those used by the military, is shore operated and able to cover a much larger sea area. Regular drones measure about half a metre, larger units are around four metres.

Buitelaar said that while Rotterdam has its fixed "sniffer" monitoring station, "it makes sense to have measurement capacity out at sea".

ILT, which is responsible for policing the MARPOL rules, will be looking to include other Dutch ports in its compliance programme, according to Buitelaar.

From the start of next year, ships' emissions must comply with a 0.5% sulfur cap or 0.1% if sailing in an emissions control area.

Meanwhile, further output cuts are expected from U.S. and Norway.