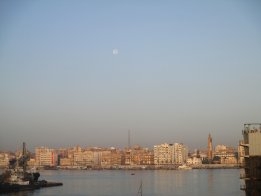 Ships travelling through Suez will not be allowed to use their open-loop scrubbers. Image Credit: File Image / Pixabay

Ships fitted with open-loop scrubbers will be banned from discharging effluent from the emissions-cleaning systems while travelling through the Suez Canal, according to the authority responsible for the Egyptian waterway.

"Washwater resulting from exhaust gas cleaning systems shall not be discharged into water during vessels' transit," the Suez Canal Authority said in a circular posted on its website Sunday.

But because Egypt is not yet a signatory to the International Maritime Organization's Marpol Annex VI document governing pollution from shipping, ships in Suez will still be allowed to burn high sulfur fuel oil if they have it on board.

The SCA "puts no conditions or restrictions on fuel oil" until Egypt ratifies Marpol Annex VI, it said.