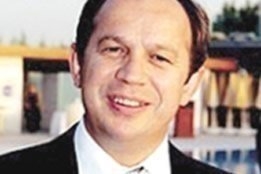 LNG bunkers will be available in Turkey from 2021, Mustafa Muhtaroğlu, IBIA board member and bunker committee chairman for Turkish chamber of maritime, revealed today during the IBIA Annual Convention.

The state owned Botas LNG Terminal is looking to commence operations supplying to ships ex-Marmara Ereğlisi terminal by second quarter of 2021, he said.

LNG is growing in popularity as a marine fuel as the industry looks to transition away from oil bunkers.

There are currently 187 LNG fuelled ships already in operation and a further 245 on order, according to the latest figures from Society of Gas for a Martine Fuel (SGMF).

Bunker demand in Q4 lost 8.1%. "What comes immediately to mind is that it could all have been a lot worse," says BLUE Insight's Tolson.