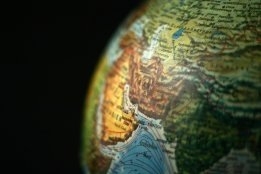 Officials in Iran this week have downplayed concerns the country could see a shortage of IMO2020 compliant fuel.

Earlier this week, state media quoted Yahya Ziaee, secretary-general of Iranian Shipowners' Association, as saying the country's vessels will struggle to comply with the new global 0.50% sulfur cap as only one refinery in the country is obliged to produce IMO2020 compliant VLSFO fuel.

Production is limited to 500,000 tonnes per year - just one third of the 1.5 million tonnes/year required by Iran's fleet.

However, Saied Jamshidi, Managing Director of National Iranian Oil Product Distribution Company (NIOPDC) says the marine fuel needs of the Islamic Republic of Iran Shipping Lines (IRISL) will be met and that any issues in this regard have been related to third parties.

"The main problem in this regard has been the contractors' failure in fulfilling their commitments," he was quoted by Tehran Times as saying.

In addition, Jamshidi notes that Imam Khomeini Oil Refinery has dedicated facilities to store and ship IMO2020 grade fuel, and has 20,000 tons of product.

Ongoing U.S. sanctions against Iran currently makes it difficult for the ships to lift bunkers outside of the country.

Offline capacity reached 1.02 million TEU by 21 February, the highest level since Alphaliner started measuring the data at the start of last year.