IBIA Convention: The Credit Squeeze is Coming, How Will the Industry Shape up? 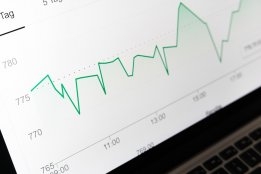 Being open about your company and what you are doing is increasingly a requirement of doing business in the shipping and energy industries.  But will that trend retain its momentum as the uncertainties build?

The question will be addressed by panellists on IBIA's EMEA Credit and Management Panel at the industry organisation's annual convention this week.

The industry spent much of 2019 preparing for extreme price volatility which never came.  The pandemic, on top of a global economic slowdown already in evidence, took a big slice out of global oil demand. Prices tanked and the cost of a tonne of very low sulfur fuel oil didn't sky rocket as it was expected to do.

When set against all the uncertainties out there in the market, how has the lower price environment worked out for the bunker industry?

This year has seen a spate of high profile bankruptcies leading to ever more cautious financial providers while established finances houses have pulled out of the shipping and bunkering.  Bunker players, particularly the small- and medium-sized firms, need access to finance to develop their business.

Will the market continue to provide and the transparency trend continue?

These topics will be addressed by a panel of three -- Monjasa's Sinan Utlu, Jonathan McIlroy of Al-Ghurair Energy and Infospectrum's Panos Panousis -- moderated by Ship & Bunker's Julian Macqueen.

Following the debate there will be time to take the debate further with questions from convention attendees. The panel starts at 1pm on November 11.

The addition of hybrid and closed-loop models will assist owners working in areas where. open-loop models cannot be used

The announcement has now been pushed back to July 14.