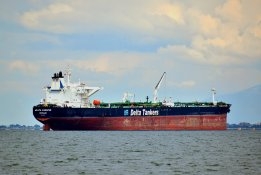 Assuming an Aframax tanker burns 40 metric tonnes (mt) of bunker fuel a day, add in three times that figure for the CO2 per mt of fuel emitted at EUR 30/mt, and the ship's operating costs would rise by around by $4,000 a day, Argus Media report the firm as saying.

At present, it is unclear whether the EU ETS would apply to ships where only the discharge or loading port is under EU control. However, vessels plying their trade between EU ports are to be included in the scheme.

EU observers say that any eventual deal on the EU ETS will most likely end up as a compromise between the key players involved: the European Commission, the European Parliament and the Council of Ministers.

Ten of the trainees are to be traders and the remaining two operators.

The move may see trans-shipment centres set up just outside EU waters, the shipping organisation said.

Environmental NGOs argued the measures agreed this week would only cut shipping's GHG emissions by 0.65-1.3% by 2030.