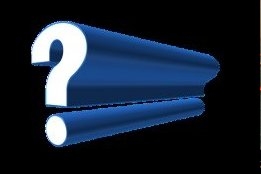 The take up of liquified natural gas (LNG) as an alternative to oil-derived bunker fuel by shipping companies has not moved ahead as much as first expected, according to classification society DNV GL.

DNV GL forecast in 2012 that by 2020 the number of ships fuelled by LNG would be around 1,000, maritime news provider Lloyd's List reports.

Three years on from that date, it revised the estimate to 400-600 vessels citing a low oil price and insufficient bunkering infrastructure.

Currently, DNV GL puts the number of ships using LNG as marine fuel at 117, with more than two-thirds of those ships trading in Europe.

In addition, 111 LNG-driven vessels are on order with a further 114 vessels in the LNG-ready category, meaning they are able to switch to using LNG fuel with some modifications.

DNV GL says there are 60 LNG bunkering locations across the globe with another 28 facilities confirmed and around 36 under consideration.

By the start of 2018, DNV GL says there will be six LNG bunkering vessels in operation across the globe and four more confirmed.

"They won't bring these facilities online until they see sufficient confirmed orders for LNG-fuelled tonnage to justify the investment.

"Yet they are also jostling to secure an anchor customer and gain first-mover advantage to deter their rivals from setting up nearby," Wold was quoted as saying.

CEO says with zero revenue the firm could last until summer of next year.