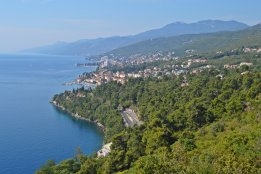 The long-mooted plan to include shipping within the European Union's (EU) emissions trading scheme (ETS) should cover ships from all over the world, not just Europe, according to the organisation's transport ministers.

"The policy response to the European Green Deal should be used as an opportunity to further strengthen the competitiveness of the European waterborne sector," the ministers wrote in the declaration.

"Any measure towards carbon neutrality must be flag neutral whilst ensuring a level playing field and avoiding carbon leakage."

Including European shipping within the ETS but not applying it to ships from elsewhere operating in European waters would risk shipping companies from Europe reflagging their ships to registries outside the region to avoid paying for their emissions.

Europe's leaders appear committed to including shipping in the EU's ETS, but it is unclear how soon it will happen.

Last week the European Commission said there would be a review of the ETS by June 2021 at the latest.