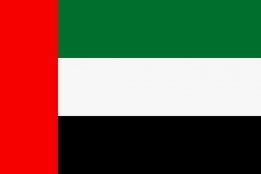 The location for the plant is under research, but the facility is expected to be in Jebel Ali. File Image / Pixabay

The firm has signed a partnership deal with waste management firm Averda seeking to develop the first commercial-scale municipal waste to renewable methanol plant in the Middle East, WasteFuel said in an emailed statement on Monday.

The location for the plant is under research, but the facility is expected to be in Jebel Ali. Methanol as a bunker fuel is likely to be a key market for the new plant's output.

"The Middle East, specifically Jebel Ali, is considered a gateway between the Western Hemisphere and the Far East.

"As WasteFuel works to produce green methanol to decarbonize shipping at scale, the opportunity to develop a biorefinery in partnership with Averda in the Middle East was an exciting and logical next step,"

WasteFuel will be one of the first producers supplying green methanol to container line AP Moller-Maersk.

Cai Zhi Zhong, 39, was handed a jail sentence of 16 years and three months at a Singapore court on Thursday.

In recent days FOBAS has tested a number of samples from Singapore, which were ordered and supplied as VLSFO, however had tested flash points which were below the 60°C SOLAS minimum limit.

Oil Nosedives As Analysts Have Second Thoughts About China Recovery

Meanwhile, the U.S. reports trouble in the oil patch.