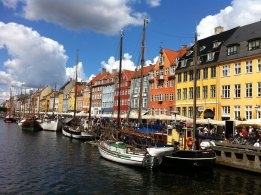 The new appointment is based in Copenhagen. File Image / Pixabay

Mikkel Lenskjold was appointed to the role last month, he said in an update to his LinkedIn profile on Tuesday.

Lenskjold has worked in a variety of roles for Bunker Holding since September 2015, serving most recently as head of corporate development from May 2021 to the end of last year. He had earlier worked for OW Bunker and Bunker Holding subsidiary Dan-Bunkering.

Bunker Holding is the world's largest marine fuels firm by volume, with about 30 million mt of sales in 2021. The firm and its subsidiaries have been going through significant management changes over the past year.

PRICES: Bunker Prices Advanced at Most Ports on Wednesday

Administrators say most of Britishvolt's 300-strong staff have been made redundant.