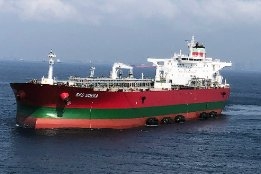 Monjasa Monday gave insights into IMO 2020's impact on bunker demand in the West Africa (WAF) market alongside news it was switching its floating storage options in the region.

In terms of its floating storage in the region, Monajsa says that on December 16, 2020 the 119,456 dwt SKS Dokka replaced its sister vessel, SKS Darent.

The 2010-built and 250m in length tanker is now positioned off Lomé, Togo and already in full operation.

Monjasa currently operates a fleet of around 10 tankers in West Africa and has local offices in Angola and Namibia.

As for the impact of new fuel rules, like most markets the year WAF has witnessed a dramatic shift in product demand as most vessels have moved away from HSFO to burning VLSFO fuel in response to the IMO 2020 rule introduced on January 1, 2020.

Monjasa has long served the WAF bunker market, saying it has supplied 10m tonnes there over the last 10 years and 1.4m tonnes across West Africa in 2019.

"Today, West Africa has the fastest growing population of any region in the world," Monjasa added.

"In a global trade context and considering that approximately 90% of all goods are being transported by sea, this development puts great demands on the region's maritime logistics."

COVID19 pandemic slow uptake of this year's call for funding.