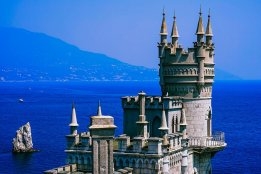 The southern Ukrainian port of Mariupol which is under the control of Russian forces is reported to be operating at full capacity.

The day before, Reuters reported that two foreign-flagged ships in the port had been seized by Russian-backed separatists and the vessels proclaimed to be state property.

According to maritime news provider Lloyd's List, the owners of the seized ships have been "unable to open channels as they seek the return of their vessels".

The signs are that the ports of Mariupol and Berdyansk are being readied for reopening, Lloyd's List added.

Ukraine lost control of Mariupol at the end of May. The conflict between Ukraine and Russia and the mining of ports and coastal areas has heightened shipping risk in the Black Sea

The firm has signed a deal with Yara to equip seven more tankers with the FuelOpt system.