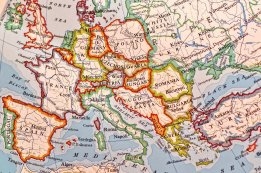 Europe may be solving its problem over VLSFO sulfur levels. File Image / Pixabay

The number of VLSFO samples found to have sulfur over the legal requirement in Europe is starting to decline, according to testing company VPS.

Europe 'for some time' has been the region with the most VLSFO samples found to be off-specification on sulfur, Steve Bee, group commercial and business development director at VPS, said at Petrospot's online Global Bunkering Summit on Wednesday.

"It's fair to say that Europe has struggled more than other regions to provide compliant fuel at less than 0.50% sulfur," Bee said.

In February 4.3% of the European VLSFO samples sent to VPS had sulfur content higher than 0.50%, Bee said, down from a record 25.2% in January and 9% in December.

The global average for VLSFO samples with sulfur higher than 0.50% was 4.5% in February, Bee said, down from 8.3% in January.

The ships are due for delivery from the second half of 2023, and the contract includes the option to order three more.

Oil Prices Down, But Saudis Insist Output Increases Are Justified By Demand Growth

Still, analysts continue to fret over Covid in Europe.