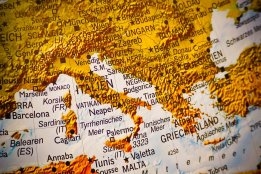 Italy is considering several options to save a Lukoil-owned refinery in Sicily, including asking the European Union for a temporary waiver on upcoming sanctions on Russian oil, according to Reuters.

With a European embargo on seaborne Russian oil coming into effect on December 5, the Italian government is trying to keep the plant in Sicily operational to avoid a loss of refining capacity.

Industry minister Adolfo Urso said that Italy could ask the EU "for an exemption, even temporary, to the embargo," to allow the government to buy time and keep the refinery afloat.

However, the minister added that the first step would be for the government to strike a deal with the banks to provide financing for the plant, the report said.

The firm's vessel optimisation unit, VPS Decarbonisation, worked with Solstad Offshore to cut the fuel use of its ship the Normand Leader.

The firm is looking for candidates with a master's degree in engineering and at least five years of experience in managing a team of specialists.