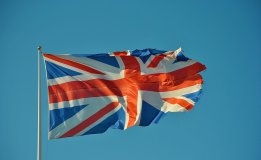 Lamerton has been hired as a UK market specialist. File Image / Pixabay

Lamerton has joined Alpha as UK bunker market specialist as of this month, according to an update to his LinkedIn profile on Monday.

Lamerton has been in prominent roles in the bunker industry for several decades, most recently serving as sales manager at brokerage LQM in London. Marine fuels conglomerate Bunker Holding announced earlier this year that it would be shutting down LQM's London office to refocus the firm on the US.

Alpha Trading's physical and traded marine fuel sales reached 3.7 million mt in 2019, according to its website.

The previous high was $598/mt, reached on January 6, 2020 as the abnormal market conditions of the IMO 2020 transition allowed for steep trading margins on concerns over the supply of the then new fuels.