IBIA CONVENTION: Ships May be Debunkering in Fear of PSCs Over Minor Sulfur Excesses 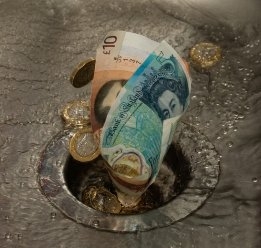 Debunkering represents a significant waste of time and money for a shipping company. File Image / Pixabay

At the IBIA Annual Convention 2020 on Wednesday, one law firm suggested fear of port state control authorities (PSCs) may be causing ships to debunker fuel even in cases of minor infringement of the 0.50% sulfur limit for bunkers.

In one of the panels a maritime lawyer brought up a recent case in which their firm was involved, where a ship had bought some VLSFO in St Petersburg that was subsequently tested as having a sulfur content of 0.51-0.53%.

The standard used in bunker trades would treat this sulfur level as acceptable despite being slightly over the limit, but the authorities could still view it as non-compliant.

"What the owners did was to approach the flag state and tell them what the test results were," the lawyer said.

"The flag state actually said, with this kind of excess, we have no comment -- do as you find practically reasonable, but be aware of the authorities at the port state."

The ship's charterers were then planning to contact the authorities at their next port of call in Denmark to ask for guidance.

This is a lot of resources being wasted.

"But then the owner thought, well, we've got a lot of this fuel, and it will not only involve Denmark; there will be another port of call or maybe several afterwards," the lawyer said.

"Ultimately, irrespective of the fact that the flag state had said that they were okay with this fuel being consumed, they decided we're going to debunker it."

Debunkering is one of the worst outcomes for a ship with potentially non-compliant fuel on board, as the operation causes delays to their schedule as well as coming with a high cost of needing to find some more fuel at short notice.

"Just from a very basic, practical position this is a lot of resources being wasted, and I don't think the rules were designed to avoid this particular situation," the lawyer said.

"This was the type of situation where everybody involved was scared that they would eventually be liable for penalties.

"It ends up with a lot of discussions about a very small problem."

The licence will allow Gasum to expand its supply network in Northwest European ports, in particular to the port of Zeebrugge.

Once final distributions have been made, OW Bunker USA and OW Bunker North America will have returned about $23.5 million to their creditors.