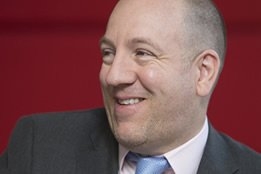 There has long been a history of engine damage caused by excessive levels of cat fines in marine residual fuel oils. But the number of these instances increased at the end of the last decade - the same time low sulphur fuels became more widespread.

In 2013, the Joint Hull Committee issued a report on 'Marine Engine Damage due to Catalytic Fines in Fuel'. It noted a stark increase in claims that coincided with the introduction of the MARPOL Annex VI sulphur emission control areas (ECA). The reason given was that the demand for compliant fuels was met by blending residual fuels with higher levels of cutter stocks from the catalytic cracking process.

But environmental legislation has changed in recent years and we can no longer equate low sulphur fuels to an increased risk of cat fine damage.

Ideally, charterparties should 'look forward' and anticipate changes in bunker-related regulations. Suitable bunker clauses can then be drafted to avoid potential contractual issues arising from these changes. Unfortunately this is not always the case.

If the bunker clause referred to 'low-sulphur fuel', this meant at delivery the charterers would provide a 1.0% max sulphur fuel

For example, consider a vessel on time charter – where the charterer is obliged to supply the bunkers – which started in 2014 and ended in 2016, therefore spanning the ECA sulphur limit reduction that took effect on 1 January 2015. If the bunker clause referred to 'low-sulphur fuel', this meant at delivery the charterers would provide a 1.0% max sulphur fuel. But at redelivery, would a 'low-sulphur fuel' mean a 0.1% sulphur fuel? This ambiguity has caused a number of disputes between owners and charterers, especially when trying to agree a price for remaining fuel on board at time of redelivery.

Damage to the main engine of a cargo vessel whilst on laden passage can lead to delays. For many cargoes, this doesn't affect quality. But some cargoes – notably agricultural products and refrigerated goods – have a practical storage life and any delay to could lead to deterioration in quality. Receivers might reject the cargo and a salvage buyer must be sought or the cargo disposed of. These can result in significant P&I claims.

Cargo damage claims may arise from a lack of onboard power generation. A damaged auxiliary engine might reduce the power capabilities of a ship and affect the supply to reefer containers. Consequently, the reefer container cannot maintain the correct temperature and cargo quality is affected.

Charterparty disputes on bunkers are not uncommon. Most disagreements we see concern quantity, but some relate to quality issues. High cat fine content is the most common grounds for a dispute, along with sulphur content. If cat fine damage occurs, the owners often allege that the charterer supplied fuel that was unfit for use, whereas the charterer counters with allegations that the crew did not operate the onboard fuel treatment plant correctly. This is not helped by the fact that most bunker clauses in time charterparties reference the 2005 edition of ISO 8217, where the allowable cat fine content is greater than that allowed in subsequent editions.

An insurer faced with a cargo damage claim considers seaworthiness in the context of the Hague-Visby Rules. These are a set of international rules for the international carriage of goods by sea.

rules, a shipowner has an obligation "before and at the beginning of the voyage to exercise due diligence to… make the ship seaworthy"

Under these rules, a shipowner has an obligation "before and at the beginning of the voyage to exercise due diligence to… make the ship seaworthy". It is not a guarantee of continued seaworthiness throughout the voyage. So, if a main engine is damaged during the voyage, it does not necessarily mean the vessel was unseaworthy. But if the damage was caused by high levels of cat fines in the fuel and this was known before commencement of voyage and not properly acted upon, the shipowner would be faced with a difficult task to prove they exercised due diligence.

P&I clubs also have exposure when general average is declared following an engine breakdown and cargo interests are successful in proving a failure to exercise due diligence to make the vessel seaworthy.

Changes have long been driven by a combination of economics and environmental compliance. This is likely to remain true when considering the 2020 global sulphur cap.

There are several options open to shipowners, with the majority currently opting for distillates; perhaps keeping one eye on the development of potentially cheaper compliant hybrid fuels, blends and residuals. The choice will come down to what is right for the vessel and what is economically viable.

We don't have a crystal ball, but if the predictions by some market analysts of a $400 differential between distillates and high sulphur residual fuels does come true, shipowners may have to adjust their strategy quickly.

Alvin joined North in August 2011, after previously working as a Marine Engineer Surveyor/Consultant and as a Technical Superintendent within a shipping company. A qualified Chief Engineer, his seagoing experience included 12 years at sea as an Engineer Officer on passenger ships. Alvin is involved in all aspects of loss prevention and survey and has attained a Chartered Insurance Institute Advanced Diploma in Insurance (ACII).

The role seeks to develop business with Russian oil majors and physical suppliers.

The global energy major has just won a multi-year contract to supply cruise line operator Carnival Corporation with its lubricants.

Oil Down On Demand Fears, But State Of Demand Is Debatable